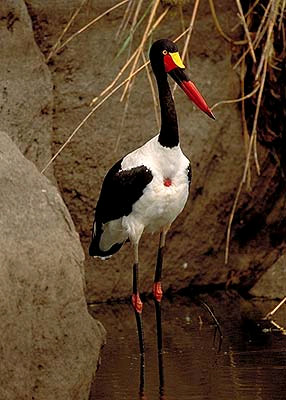 The World Heritage proclaimed wetlands of the subtropical Greater St. Lucia Park, are essential to the health of the local environment and contain a greater bio-diversity than Kruger National Park or Botswana's Okavango Delta.

The park includes a complex eco-system with outstanding landscapes. The five inter-linked ecosystems in the park are: a marine system characterised by the warm Indian Ocean, containing the southernmost coral reefs in Africa, as well as sub-marine canyons and long sandy beaches; a coastal dune system consisting of high linear dunes and sub-tropical forests, grassy plains and wetlands; lake systems including two estuary-linked lakes of St Lucia and Kosi, plus the four large freshwater lakes of Sibaya, Ngobezeleni, Bhangazi north and Bhangazi south; the Mkhuze and Umfolozi swamps, with swamp forests and extensive reeds and papyrus marshes; an inland system which includes ancient shoreline terraces and dry savannah woodlands.

As this is such an extensive area with a considerable number of different habitats that animals of all sorts may be seen including hippos and crocodiles in good numbers particularly on the St Lucia estuary.

A substantial game reintroduction program is in progress bringing in black rhino, buffalo, waterbuck, kudu, nyala and other antelopes.

There are a number of endemic fish species in the lakes and the Indian Ocean is a water wonderland with whales and dolphins, turtles and colourful tropical fish on the coral reefs

Rainy Season: In this sub-tropical area the climate gets hot and humid in the rainy summer months of October to March and you may witness some extravagant thunderstorms.
Dry Season: The dry season lasts over winter from April to September and the temperatures are very pleasant with warm days and cool nights.

FACTS
This is a malarial area
KZN Wildlife administers this and all the other parks in the province which are accessible to the public on payment of entry fees.